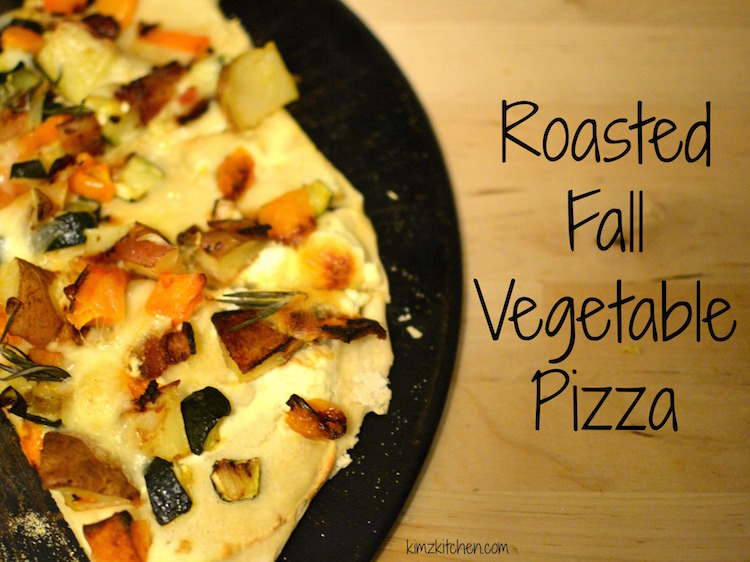 So I’m having a hard time finding a few of my favorite things around here. (Real) grits being one of those. I found some great ones online from good ol’ South Carolina. They worked out perfectly.  Now that we have to special order them, we don’t have them quite as often as we used to. But they are making an appearance with some good shrimp in our menu next week.

There are some good things up here though. One being the pumpkins. The sweet potatoes.  And the butternut squash.

Under the building Chris works in is a giant two block wide train terminal full of shops, restaurants, sprinkled with five. Five Dunkin’ Doughnuts. These people are a little obsessed about their Eagles. And their doughnuts. Also – a fresh produce storefront where local farmers deliver their wares each week. I asked him to keep a look out for a butternut squash on his way to the train one night last week, and he came home with a gorgous one for $3.29!

See, I was craving fresh, local, and pizza. After using good ol’ Martha for inspiration, I came up with this.

First, I start with my favorite way to roast vegetables. I didn’t like vegetables much when I was a kid. Probably because I grew up in the age of boiling-everything-to-mush. My favorite way of cooking veggies now is to roast them! And lots of different ones together! If you cut them the same size, they’ll basically cook at about the same time.

So start with a pan or stone. Lay out your diced vegetables in a single layer. I used red bell peppers, zucchinni, potatoes, sweet potatoes, and butternut squash. Drizzle with a little olive oil. Add some crushed fresh garlic and salt and pepper. Then roast at 400 degrees for about 17-20 minutes. Until they are as dark and roasted and caramelized as you like. Note: The vegetables don’t taste like Caramel. Or, then I’d really have landed on something miraculous.

Check out this awesome olive oil my friend got me from a little oil and vinegar shop downtown on Greenville’s Main Street. Sigh. Love that Main Street.

Once the olive oil and garlic is on those veggies, let them sit. And look out your window. I think it makes your food taste better.

Then get those in the oven. Four hundred degrees. 17-20 Minutes.

While those were cooking, I rolled out my pizza dough. I like to buy fresh pizza dough from Publix, or from the downtown Saturday Market in Greenville. Haven’t found those sorts of things here quite yet, so I made my own. I like to put a little yellow cornmeal under the crust and on top of it – this is the guaranteed crispy method of baking your own pizza dough.

Look at that a cooking secret. 🙂

Once you have it rolled out, put down a layer of ricotta cheese.

I like to add a little more crushed garlic and salt and pepper to the ricotta at this point.

Then spread your roasted veggies over the top of the pizza crust. If you haven’t eaten them all by this point. Add some fresh mozarella. Doesn’t that look Ahhhhh-mazing? I had a little extra bacon in the fridge…so I cooked that up too and crumbled it on top. Not necessary at all, unless you have to use up some bacon. My husband is always asking me to use up some bacon. I also added some fresh rosemary for a little more fresh kick.

Bake this pretty thing in the oven for another 17 minutes or so at 400 degrees. And you’ll end up with something delicious.

Eat up ya’ll! Enjoy your pizza! (For exact measurements and the recipe I used for inspiration, check out this recipe.)