In: Celebrating Our Little One, Family Snapshots 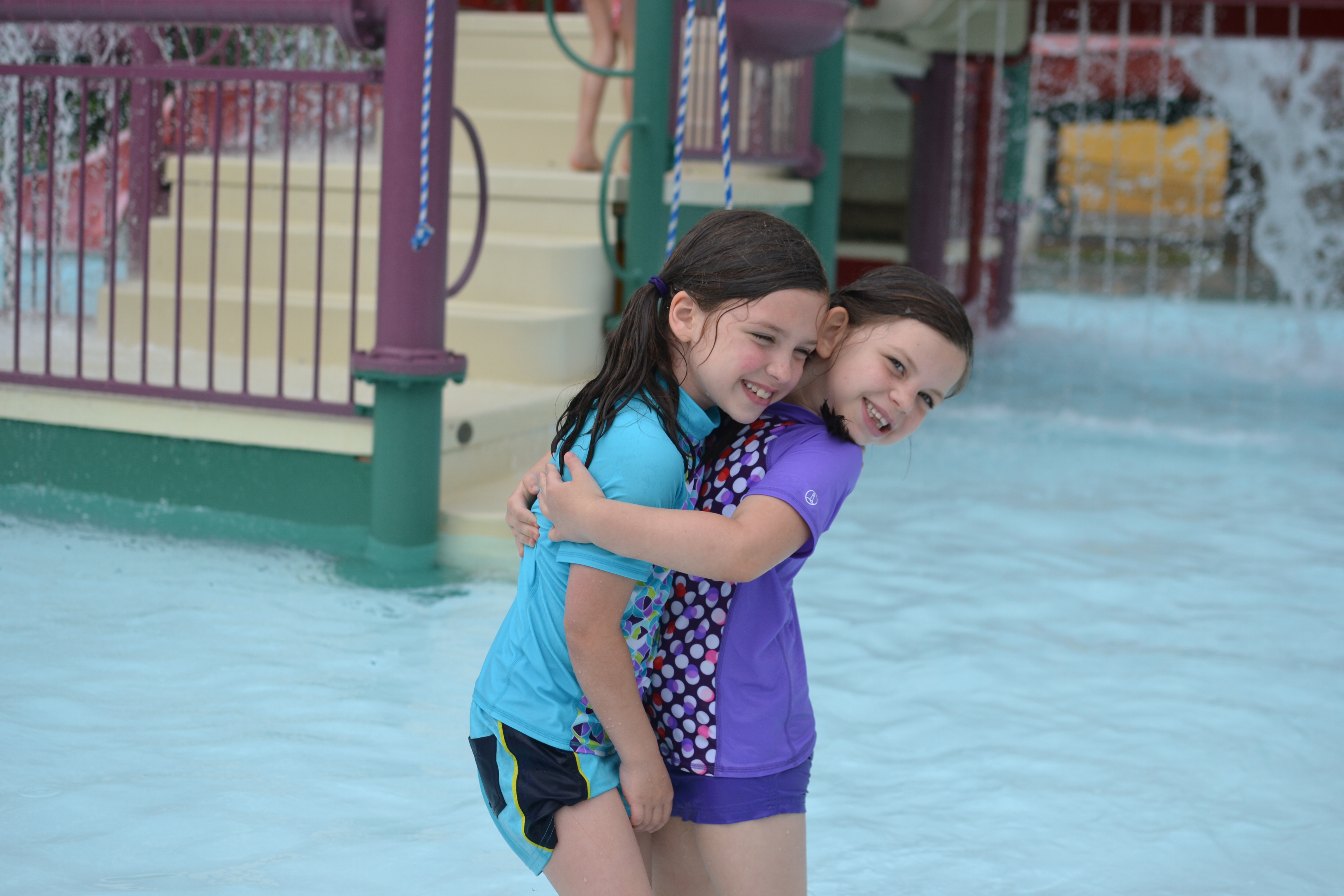 I so appreciate all the texts and emails and notes about how I’m doing and how things are going…I think my mindset – even if subconsciously declared, has been one of denial. For a couple of reasons:

1) Dates have always been significant to me and coming up on week 32 has been a huge weight on my shoulders. (That’s the week we lost little Kyle.) Just like I ignore the calendar dates as much as possible to avoid knowing that “the nineteenth” is coming up (Kyle was born on 12/19), I’ve been kinda ignoring the weeks thing a bit too. Usually the midwives would tell me when I came in for appointments.
2) This pregnancy has been a complete breeze, so I haven’t had to dwell on any discomforts. (The hospitals here, are a different story!) But the pregnancy – actually as easy as Kyle’s without weekly ultrasounds. I’ve only had 3 appointments so far – which is so nice. I love being so “normal” and “forgettable” and not having to be checked up on all the time. Such a far cry from the girls and Kyle! I was preeclamptic with both of the girls, gaining 10 lbs a week towards the end in water weight, and even had to get my rings cut off because of rapid swelling with one of them! And that was in the winter!

I was super terrified of having an August baby and what the heat would do to exacerbate my preeclampsia tendencies – but so far I’m doing fantastic. My rings are still loose and I’m still sleeping with only one pillow at night. Not that those things are marks of any sorta heroism – just interesting to me the comfort levels I’m still at when I assumed I’d be in a much different place at this point.

I also suffered from severe restless leg syndrome with the girls that would keep me awake until 2 or 3 am most nights. I’ve had a few bouts with it this go around, but I’ve learned that it is solely from an iron deficiency, so if I miss a few days of supplements, I’ll have flareups. When I’m more consistent with those vitamins, I’m just fine. (I’ll also use this as an excuse to have my husband grill lots of steaks the rest of the summer. I have a feeling he won’t mind in the least.) 🙂  Most of my “success” with this pregnancy is definitely due to my diet – I’ve been following this plan fairly closely for most of the pregnancy and it’s made a huge difference for me. I’ve had no swelling, I can still outpace the girls most of the time, and not a single blood pressure issue. Also, my average weight gain with the girls was 70 lbs. I’m hanging pretty tight with this guy at +28 and super happy about that!

3) I still don’t have a hospital yet – things are looking up in that department – but the hospital and midwives I had picked are not going to end up working out. (Part of this is because of the 90 minute drive during rush hour it would take to get there. I’m too old for that kinda drama. And we all know how drama finds us. So we’re gonna assume the full rush hour scenario with me in hard labor and my driving to the hospital on interstate medians would be the way things would happen.)

The other option I had was taking the subway instead of my car, then walking a 1/2 mile or so in center city to the hospital if I went into labor during rush hour.

Here’s what they do with people who have babies on the subways. Great care + a free news story. I prefer to write up my own stories. 🙂

So while the idea of having this baby at the first hospital in America, started by Ben Franklin himself, a block away from the liberty bell and Independence Hall was rather historically romantic – I’m going for something a little closer to home. No bells. And hopefully no drama. 🙂

4) We’ve been crazy busy finishing up school, going on vacation, and just really enjoying this Philadelphia summer! I’ve had three trips over the last two months – one to Iowa, one to Georgia to speak at a ladies’ event, and one to Tennessee…and I have another quick trip coming up next weekend to South Carolina. I guess I have this crazy fear that they won’t let me on the plane at this last one if I look and act super pregnant. So I keep practicing my “sucking it in” skills and acting like I could run a 5K on demand if need be so I won’t be denied access. Although I’m starting to think booking a first class seat would have been a good idea at this point. 🙂

5) I’ve been scared to purchase anything for this baby. Partly because I’m in denial and can’t think about what we’ll actually need – we’ve been out of baby mode for so long it seems, do I really need anything more than a few baby gates and some diapers and a few clothes? This last weekend the girls and I did a little shopping though – picked up a few super cute things.

In fact, I bought Kyle’s one outfit from this store. And hadn’t gone in one since then. But my good friend convinced me to try one again while we were in Tennessee and I managed to avoid the preemie section I shopped in before completely and go straight for this amazing charmingness. I told the lady while I was checking out about Kyle. I figured she’d wanna know why I was crying over these adorable shirts. She cried. Then when I went into a Pottery Barn Kids outlet and bought some bedding, I told the lady about Kyle. Because I figured she’d wanna know why I was crying too. She cried. And hugged all of us girls. And grabbed my hands with the biggest glossy-eyed smile and said, “I am truly hoping for the best for you.”

The girls at my church here (which is awesome, by the way – can’t say enough about the friendships and support we’ve had in this crazy-big-new-place-with-crazy-hospitals!) had offered to do a shower for me. But since baby showers are still the most heart wrenching thing for me to even imagine, much less attend, they decided to do one for me after this little guy arrives safe and sound. Everyone seems pretty convinced that will be the case – I’m still holding out hope – only because I really truly don’t know how to imagine having a baby and bringing him home anymore. So not having a baby nursery set up and ready to go overflowing with stacks of freshly washed clothes is definitely keeping the reality of how our lives are hopefully about to change to a very distant idea.

People comment on my swelling tummy now. “How sweet! And how nice to have such a big gap between those two and this one!” How do I respond? In my mind, I have five kids – just three that most people can’t see – in some ways, I don’t feel there is a gap at all. In other ways, the gap around the table, and in the backseat, and in photos seems larger than the Grand Canyon.

On that note, some of you have *relentlessly* asked for a baby registry link. So, against my better judgment, but according to the unanimous advice of all my friends, here it is.  Please note that the shark and dinosaur towels were specific requests from the girls. 🙂

6) On a more serious note, I can’t stop calling this baby Kyle. Not like a normal “I get his name mixed up with all the others” sorta mom-with-more-than-one-kid thing, but like I almost feel like this *is* Kyle, we’re just picking up where we left off? It’s so strange to me.  But I’ve said several times, “Hey babe! Kyle’s kicking again….” or sometimes it’s just in my mind, “I’ve gotta get these purply red cushions changed on the glider – Kyle is not going to want to be rocked in a red glider, right?”

We took this picture on vacation – in the same place that we took a photo of the girls and I with Kyle. Love Dollywood – but it was so surreal to be back again, pregnant again, but this time the baby will probably live?

So maybe always calling him that without thinking about it, is keeping me from thinking of this sweet baby as his own person and that he really will be a new member of our family and the girls will in fact have a brother here as well as in heaven? That idea is so incredible to me. Like – not-believable incredible. Then I feel so guilty! Gracious the pregnancy hormones and how they make you feel such drastic things in such a short period of time. It’s enough to make you seasick! Or maybe it’s just morning sickness. 🙂

Anyway. That’s why I’ve been kinda silent around here. Because I’m in this weird state of denial. But based on the way things are going, this baby is coming. Whether we are ready or not. I don’t know if I’ll ever be ready. But I do know that this little guy is starting to change me. From the inside out. I feel like I am healing and hoping again. And the girls are for sure. And the big daddy? Oh he’s just beside himself. He says it’s about time we start balancing out the pink loads of laundry a bit. 🙂